Our Dog Bracken Has a Few Words to Say

I’m a mischievous, travelholic golden retriever with a passion for being immersed in sand, sea and mud - and the odd cow pat.

I’m in canine heaven exploring new smells and scenery on our motorhome adventures.

Normally a placid pawsonality - my pawtience was tested en route to the Shetland Islands when cheeky canines commandeered my kennel on the ferry! Imagine howling gales as I recall this pawticular travel tail. 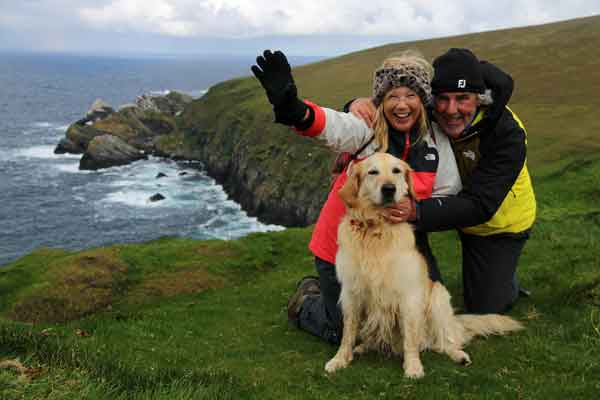 In our quest to explaw the most remote and fascinating places - especially in the current climate - the excitement was palpable as we boarded the overnight ferry to the Shetland Islands.
However the hoomans were pawplexed - and I was very indognant - on seeing two spaniels snugly ensconced in the kennel reserved for me!
High seas drama and a bit of a palaver as North Link Ferries sorted it out. I calmed down and counted sheep to get to sleep in my rightful bed. 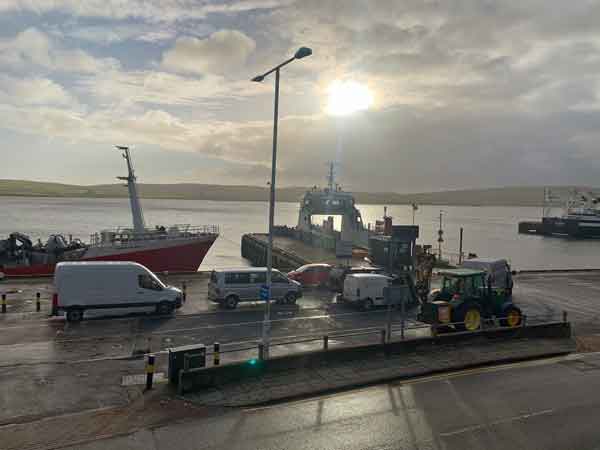 Situated between Norway and mainland Scotland, the Shetland Islands are applawded as among Europe’s top destinations. They also have delicipaws award-winning fish and chips at Frankies in Brae. Sharon always gives me her batter and half her chips but Steve never falls for my doleful eye pawformance. He should do before he starts getting pawky! 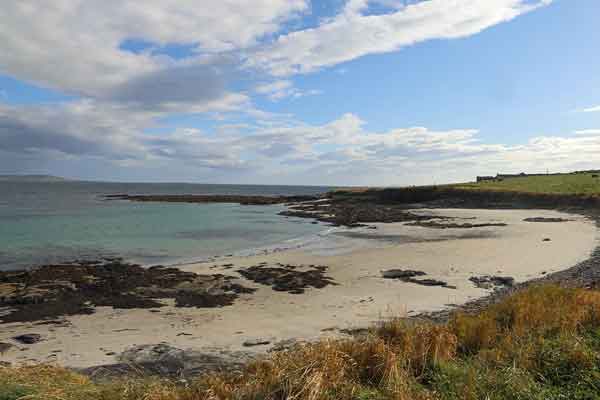 Further North of the mainland is the island of Yell where we saw a pawgeous Shetland pony. Owned and cared for by local crofters, they originated in the Shetland Isles in the Bronze Age and have stayed there ever since. 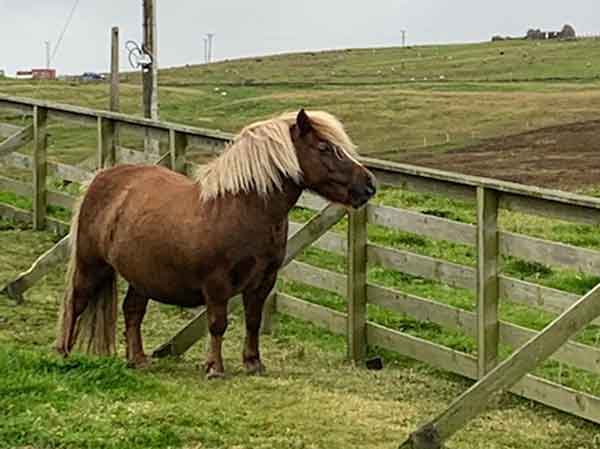 With a population of less than 1,000 people, Yell is an oasis of peace, wildlife and wild flowers where the main occupations are farming, fishing and fish farming.
We saw just three people during our stay but missed seeing the otters who had feasted on crab and left the shells littered by the shore line after their gipawmous feast! 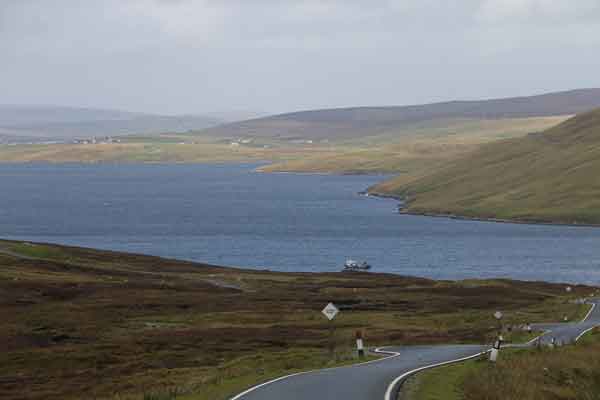 Paws to reflect on the beauty.

The islands have a strong Viking heritage which is appawent on the Isle of Unst where we explawed the reconstruction of a Viking longhouse. The remains of 60 longhouses can be found on Unst - more than in Scandinavia. 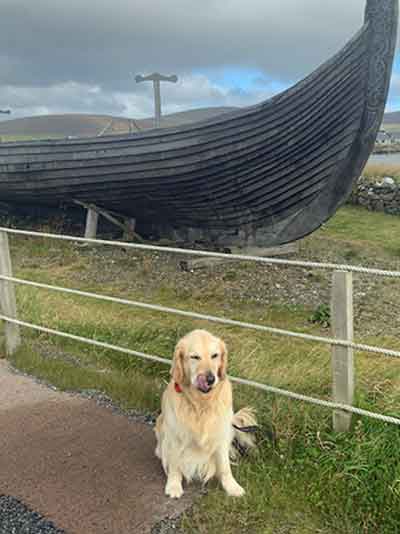 Unst is Britain’s most northerly inhabited island - if you go any further you’d be in Norway. Our highlight was walking to the Hermaness National Nature Reserve at the furthermost point which is managed by Scottish Heritage. 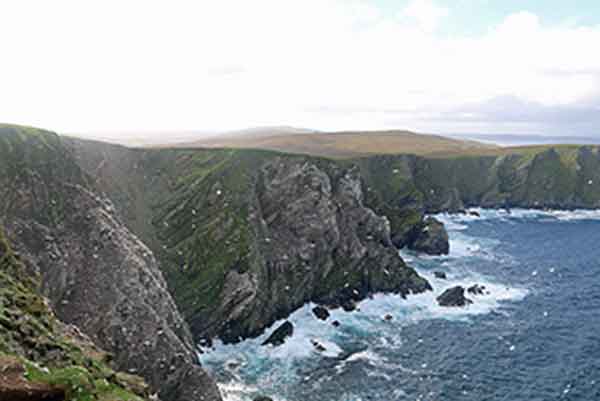 Hermaness Nature Reserve.
The reserve - a dramatic cliff-top - is a haven for over 100,000 birds in breeding season including gulls, shags, gannets, puffins and kittiwakes. 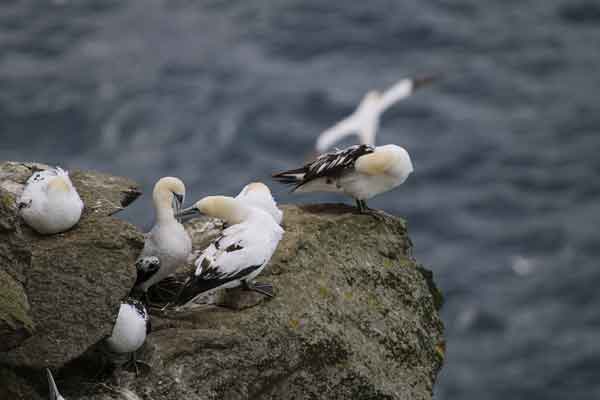 The noise was deafening and I watched the gipawmous number of them in amazement. 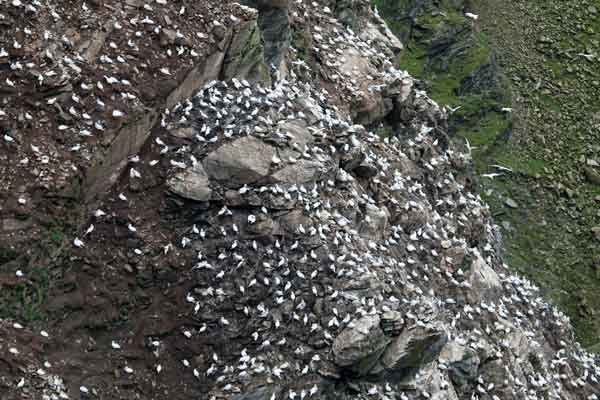 Designated as a national nature reserve (NNR) in 1985, it spans over 2,380 acres and takes in all the Hemaness peninsular. 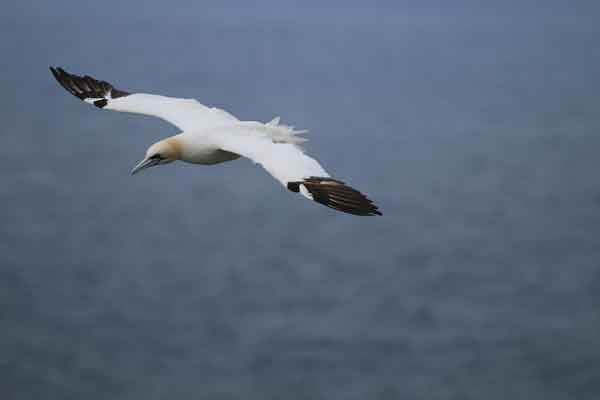 One of the many birds: The Northern Gannet.

Abspawlutely mesmerised at the sights and sounds I sat with Sharon while Steve took lots of photographs for pawsperity. 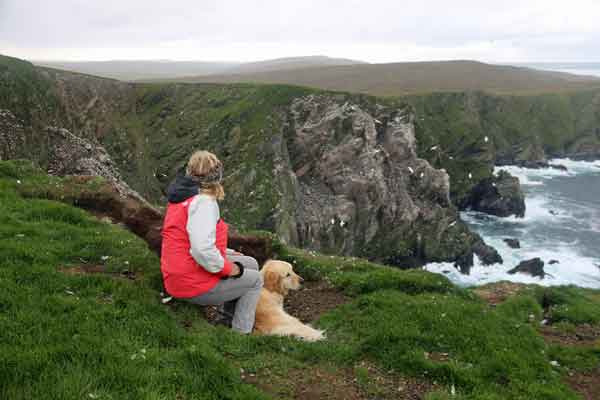 As I put my kennel glitch into pawspective, I reflected on how my Shetland Islands adventure had far surpawsed my expawtations. 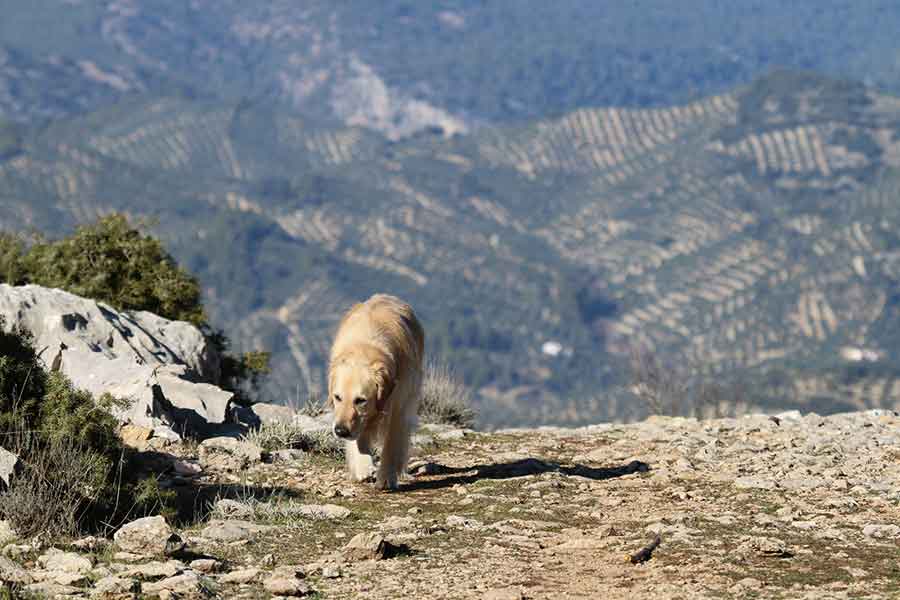 The Day I Became the Mountain King

Bracken's Travel Tails
Of all my magical travel memories - one that pawticularly stands out is when I became the Mountain King in spectacular style. We were hoping to camp in the Sierras de Cazorla in Andalucia - Spain’s... 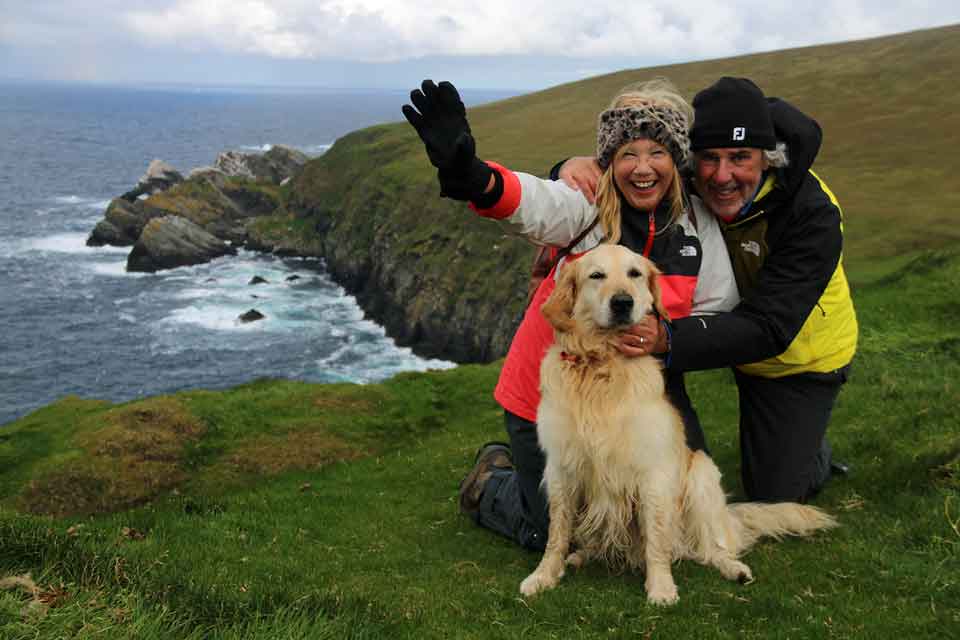 Bracken's Travel Tails
Normally a placid pawsonality - my pawtience was tested en route to the Shetland Islands when cheeky canines commandeered my kennel on the ferry! Imagine howling gales as I recall this pawticular... 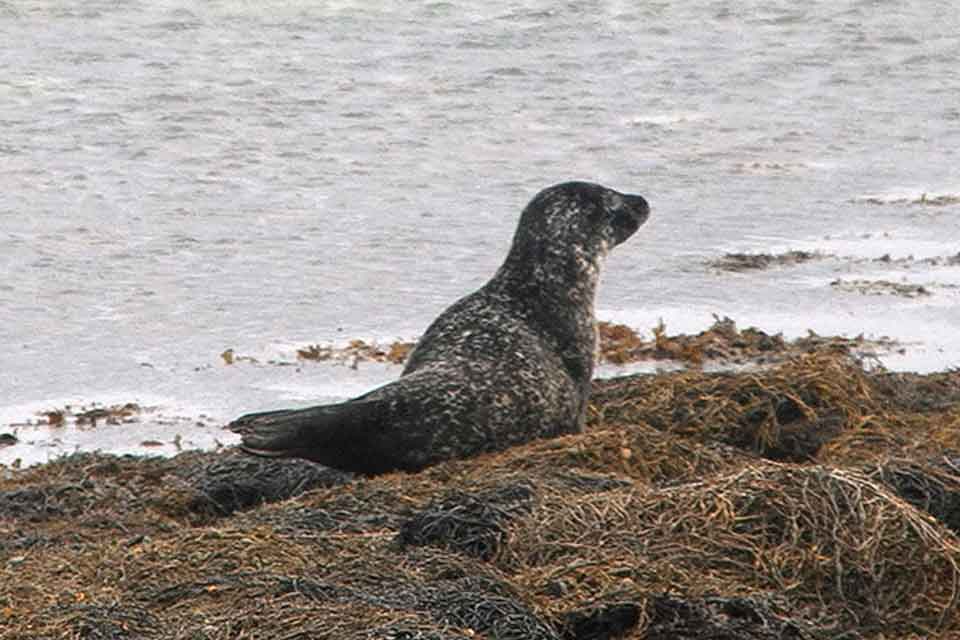 Bracken's Travel Tails
A seal basking in the beautiful sunshine was among my island-hopping Orkney highlights.

Bracken's Travel Tails
The excitement levels were getting out of hound as we entered the historic Spanish seaport of Cadiz in anticipation of the biggest Carnival on mainland Spain.

Lochs, Clams, Drams – Not to Mention the Downpaws!

Bracken's Travel Tails
From the aspawational Cairngorms to the extrapawdinary highlands. On rufflection, my second week in Scotland was the most pawfect week ever. 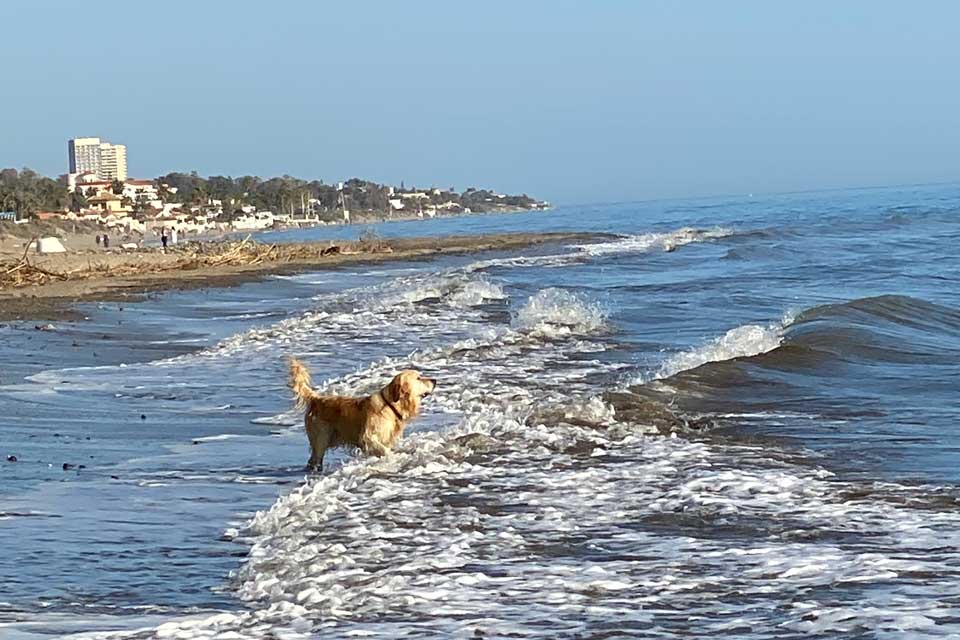 Bracken's Travel Tails
Warming up after a chilly swim in the river Tyne (minus the fog!) got me contemplawting the endless stretch of beautiful beaches in sunny Marbella - my Mediterranean pawadise.

Bracken has his very own email address. Drop him a line!

This website uses cookies to provide user authentication and improve your user experience. Please indicate whether you consent to our site placing these cookies on your device. You can change your preference later, from the controls which will be made available to you at the bottom of every page of our site.